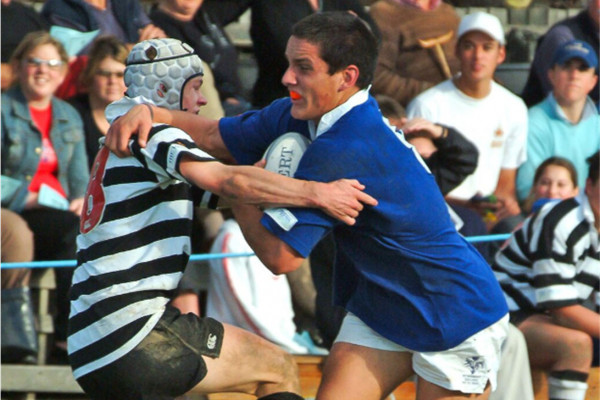 Head of Middle School at St Andrew’s College, Mikae Tuu’u brings a unique perspective to his role, given that he is a former scholarship student who embraced every opportunity during his time at the College. As well as excelling academically, Mikae played First XV rugby, sang in the choir and had major roles in two productions. He says “giving things a go” in the supportive environment at St Andrew’s, with its strong culture of celebration, is advice he passes on to students today. After leaving St Andrew’s, Mikae gained a Bachelor of Education majoring in Physical Education and History, then juggled a teaching career with rugby for some time. He attended four Junior Rugby World Cups, was a member of the New Zealand U19 and U21 teams and played for Canterbury and Northland. Mikae was a member of the Auckland Blues squad when he made the decision to focus on his teaching career, returning to Christchurch in 2012. He joined St Andrew’s College in 2015 to run the Elite Sports Studies programme and became Head of Middle School in 2018. Mikae has been a key mentor for the College’s high-performance athletes and Pasifika students. He has coached the First XV and was a driving force behind the girls’ volleyball programme at St Andrew’s.