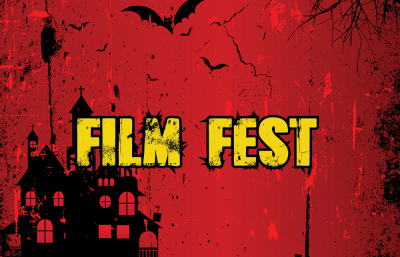 This is our core Media Studies course at Year 12, for those whose interests lie in the study and production of short film. Students write, plan, and produce their own short film, before studying a film genre. All short films will be entered for an opportunity to be screened in the College’s annual Film Fest.

This is an alternative course that works towards the NCEA Media Studies Level 2 Achievement Standards with a focus on the internal production standards and study of ethics in the media. The students work in the field and the studio to produce mini documentaries for the College’s online platform. We aim for industry standards of technical and production skills, emphasising discipline, teamwork, leadership, and problem solving, as well as the production of a finished product. The students make use of the excellent field equipment (cameras, tripods, microphones and lights) that we are constantly updating. The students gain credits in NCEA Level 2 Media Internal Standards.

This course is for serious media and film enthusiasts. There are high expectations of students as they continue to develop their professional film making techniques, along with a study of genre. We have HD medium sized cameras, a range of professional tripods, microphones, and field lights. Some exceptional short films are produced for screening in the College’s annual Film Fest. Students work towards gaining NCEA Level 3 and UE.

This is an alternative to our core Media Studies course where we seek to train young media enthusiasts in the art and science of making content in the studio and field. Students are expected to work as a team to produce material to a level that satisfies the demanding NCEA Level 3 Internal Standards. As well as designing and producing their own high quality TV show in our multi-camera studio, students also study developments in a media industry and have the opportunity to enter an optional external examination exploring aspects of a media industry to gain NCEA Level 3 and UE.

We are fortunate to have the only fully professional production studio in a New Zealand School. This is our ‘live suite’ where our Year 9 Media classes and TV Academy students produce a range of live shows, using professional television systems and techniques. Our Year 13 Media Broadcast and Year 12 Production classes also produce shows as part of their NCEA course at the end of the year.