Why StAC< History, Tradition and Values< Our Earthquake Story< The Preparatory School

Unimaginable disruption was the key theme of 2011, but our staff and students still had an exceptional year 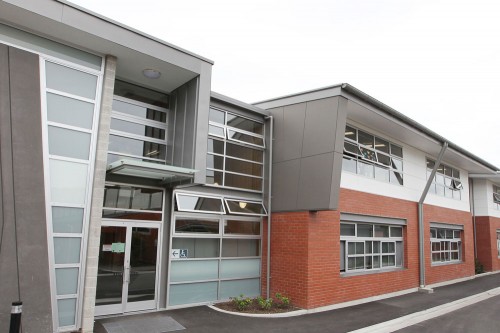 The first classes in the College's $11 million new Preparatory School building were eagerly welcomed in 2011. Construction sights and sounds throughout 2010 had dominated the site and everyone was delighted to teach and learn in its stunning modern spaces.

When the February 2011 earthquake struck, students and staff throughout the College were eating and readying themselves for their usual lunchtime activities. After that first devastating shock, students were evacuated to three open spaces on the campus. The Secondary School assembled on the front field, while the Preparatory School students assembled in two areas – the Junior School playground and the tennis courts near Erwin House. Over the afternoon and early evening, students were cared for and comforted by staff until their parents and friends came to collect them. The school was then closed while engineers made their reports.

As building assessments progressed, the news for the Preparatory School was good. The deep piling and the seismic joint in the main Preparatory School building performed exactly as planned, allowing a quick return to teaching and learning. Teachers taught two 2-hour blocks each day for a week before the rest of the College returned to classes.