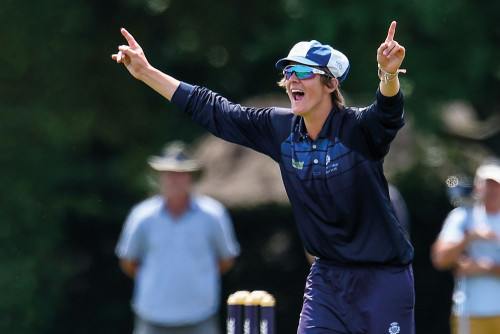 This was the first time St Andrew’s had made it to the national final, the pinnacle of New Zealand Secondary Schools’ one-day cricket, so to go one better, and win the title, was outstanding, says coach, Mike Johnston. “As a coach you always dream of the perfect game, and the last game of the tournament against Hamilton Boys’ High School was the complete game of cricket for us. The boys put on a magnificent display of batting, bowling and fielding, scoring 276/8 in their 50 overs, and bowling the Hamilton side out for 102. Everything aligned.”

Star players in the side included Rhys Mariu (named joint Most Valuable Player at the tournament) and Jesse Frew (both then Year 13), who were selected for the New Zealand U19 cricket team this year. Both scored well with the bat, with Jesse achieving an outstanding 103 against Otago Boys’ High School. Jordy Frew’s (then Year 11) off-spin bowling also proved dangerous, securing him 11 wickets for the tournament. Zakary Foulkes (then Year 12) was another century-maker in the team with an impressive 110 runs against Rosmini College. Mike says while the stand-out players performed well, the team’s strength was that it didn’t rely on them, with all 13 team members stepping up and contributing with the bat, ball, or in the field. “Everyone played their role exceptionally well and contributed at crucial stages in the tournament. Our batsmen scored runs when it counted, our pace bowlers had some great spells, and our fielders were superb, and definitely a class above.” 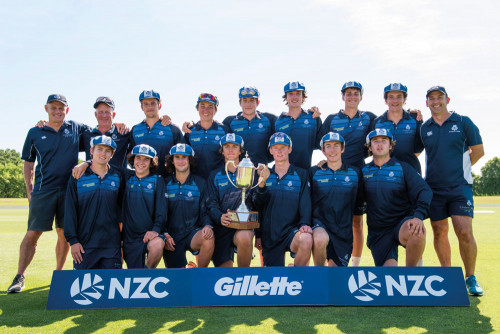 St Andrew’s College batted first in all five matches at the Gillette Cup, amassing impressive scores of over 300 runs against Wellington College, Rosmini College, and Otago Boys’ High School, which the team defended with ease. The only blip came in the third round against Lindisfarne College, when St Andrew’s mustered 141/9 in their 50 overs, which was surpassed by Lindisfarne in 42.1 overs.

The win over Hamilton Boys’ High School in the final match secured the championship for St Andrew’s College, which is one of the very few co-educational schools to win the title since the competition began in 1990. The fairy tale end to the tournament was no overnight success for Mike, who had taken six previous St Andrew’s College First XI teams to regional finals of the Gillette Cup. “We were pipped at the post a couple of times, and probably had the hardest pool in New Zealand to get past because of Christchurch Boys’ High School. I always thought we had a chance of doing well at the national tournament if we could get past them in the regionals.”

Mike said the team shared a strong bond, had a lot of fun together, and really enjoyed their cricket. “We also had a great support team around us, with co-coach, Robbie Frew, and manager, Pete Darling, both outstanding. We received huge support from the St Andrew’s College community during the tournament, and the wider Canterbury community who turned out on the final day to support us.” Since the tournament, Rhys Mariu has represented New Zealand at the ICC U19 Cricket World Cup in Bangladesh, where the team finished fourth after their playoff match against Pakistan was washed out. “Rhys did incredibly well and was probably among the top 10 run scorers in the tournament. Unfortunately, Jesse Frew got a shoulder injury and couldn’t go.” 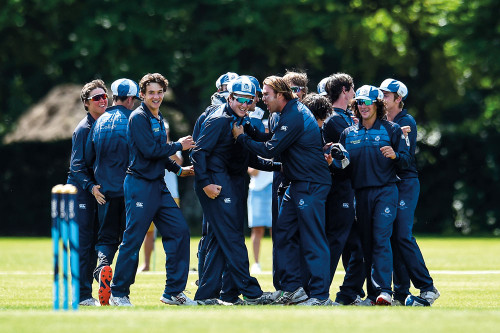 Winning the Gillette Cup is the pinnacle of Mike’s exceptional 19-year coaching career at St Andrew’s, during which time 16 former players he coached at the College have gone on to play first class or international cricket at senior level.

In 2020, Mike is enjoying the challenge of bringing the next crop of promising young players through into the First XI side. “We’re in a rebuilding phase, and it’s always exciting to seeing the new players grow and challenge themselves, understanding how important it is to play at the top level.”

The 2019 First XI are in the top four youth teams at the Canterbury Sports Awards, which was due to be announced in early April, but was delayed due to the lockdown.