Badminton - Jack Wang (Year 10) was selected for the New Zealand U15 badminton team.

Cricket - Year 13 students Llewellyn Johnson, William Hamilton and Liam McBreen-Smith were selected for the New Zealand U18 Boys cricket team, which played in the National Provincial A Tournament and is preparing for the U19 World Cup to be held in New Zealand in January 2018.

Hockey - William Mace-Cochrane (Year 13) was selected for the U19 Boys’ Junior Black Sticks.

Rowing - Year 13 students Thomas Russell and Benjamin Taylor rowed for the New Zealand Junior Men’s Four at the World Junior Rowing Championships in Lithuania where they won a silver medal.

Sailing - Marina Kenton-Smith (Year 11) and Kirah Willems (Year 13) have been selected to sail for New Zealand at the 420 Class World Sailing Championships in December. They will compete in the Australian Nationals in mid-December ahead of the World event in Perth.

Swimming - Quinton Hurley (Year 12) competed as a member of the New Zealand team at the State Teams Swimming Championships in Canberra, where he set three personal bests.

Volleyball - Holly Matson (Year 13) was selected for the New Zealand U18 Girls’ volleyball team, which competed in the Asian Youth Volleyball Championships in China. 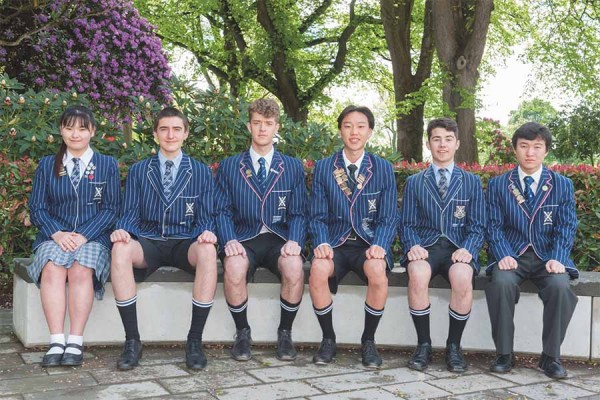 Congratulations to the St Andrew's students who have excelled in their chosen sport or cultural activity in 2017, and have been selected into a New Zealand representative team.