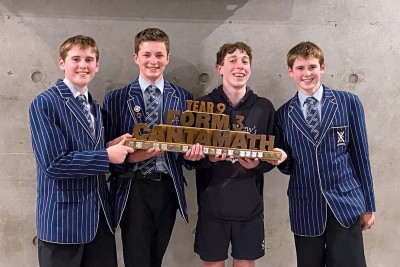 At the Year 9–10 Cantamath competition, the Year 9 StAC1 team of Matthew Bluck, Joshua Exon, Alex Manson, and Luke Manson were the only Year 9 team to get a golden ticket, with their score of 100 seeing them crowned Year 9 champions.

The St Andrew’s A chess team defended the Interschool Chess Championship the College won last year, after beating St Bede’s College A in the final. Gavith Dharmasena (Year 12) and Kian Dharmasena (Year 11) won all their games at boards 1 and 2.

Lucas Te Rangi (Year 12) was one of nine runners-up of the National Schools Poetry Award 2022.

Bella Gibbons (Year 13) won the 2022 Lodge of Endeavour Scholarship, worth $3000, for her History research on the impact of the Māori Language Act 1987. 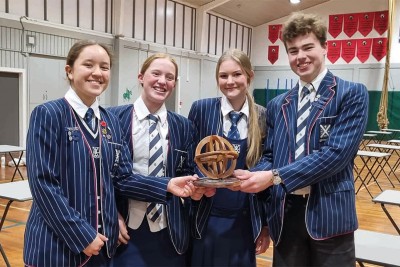 The St Andrew’s team of Mia Fraser, Gemma Lewis, Annika MacDonald, and Lachlan Odlin won the CMA Year 12 Mathematics Competition. These students have been in the same mathematics team since Year 9.

We highlight the most recent Academic Successes of our students.