“I was in shock. I never expected to win or even become a finalist, after already making the finals of this year’s Play It Strange Peace Song competition. I’m so happy and very grateful,” says Grace. 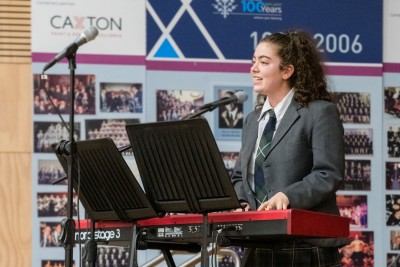 Grace Lawrence, a Year 13 student from St Andrew’s College in Christchurch has won first place in the prestigious Play It Strange 2022 The Lion Foundation Songwriting Competition, with her stunning coming-of-age song Differently Now.

Mike Chunn, a former member of Split Enz, and CEO of Play it Strange had planned to make a surprise presentation of the award to Grace at the St Andrew’s College Cultural Assembly on Thursday 18 August but was unable to attend due to being in COVID-19 isolation. The special announcement of her win was made instead by Rector Christine Leighton and was a complete surprise to Grace, having been organised with high levels of secrecy between the College and Play It Strange. “I was in shock. I never expected to win or even become a finalist, after already making the finals of this year’s Play It Strange Peace Song competition. I’m so happy and very grateful,” she says.

Grace describes Differently Now as a song about maturing and changing your mind about things. “I couldn’t have asked for more support from my teachers, and St Andrew’s College, over the last five years. They are incredible and I wouldn’t be able to do it without them.” 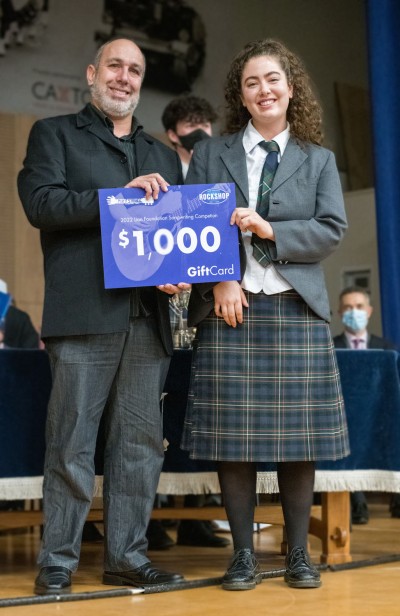 Mike Chunn says Grace was already well known to Play it Strange after twice being a finalist in the organisation’s Peace Song Competition and reaching the finals of the 2021 Lion Foundation Songwriting Competition. “With her winning song this year, Grace has reached an engaging and varied lyric and musical standard. She is a natural and her future is bright. Grace mirrors the impressive advance in songwriting quality underway at St Andrew’s College. Long may she run.”

The Lion Foundation Songwriting Competition is the trust’s flagship songwriting competition, which has been run by Play It Strange for over 19 years. It is open to secondary school students from Years 9–13 throughout New Zealand. This year, It attracted 352 entries, which were whittled down to 50 finalists.

As the winner, Grace received a $1,000 Rockshop voucher, and a New Zealand On Air ‘Special Tracks’ grant to professionally record her song and make a music video. She will perform her song at the annual Play it Strange Awards, to be held in November in Auckland, and it will feature on the 2022 Play it Strange album.

St Andrew’s Rector Christine Leighton says, “Grace’s creativity is an inspiration to many other students. As a Head Prefect this year she has balanced many responsibilities and commitments. It was fantastic to surprise her with this award in our Cultural Assembly, which I know will mean so much to her.”

St Andrew’s College Head of Music, Duncan Ferguson says Grace is a prolific songwriter, who composes mainly on piano and strings. However, she pushed herself in a new direction for Differently Now, utilising synths and drums to create a more electronic sound. “The song is also characterised by its clever and insightful lyrics. What sets it apart from most secondary school composers is the mature construction of the chord progression, the high level in which she recorded and mixed it herself, and the general music production.”

Duncan says Grace is a multi-talented musician, songwriter, and performer. In 2021, she was a violinist in the St Andrew’s College trio, Vich Perfect, which won the New Zealand Chamber Music Contest. This year, she is concertmaster of the New Zealand Secondary Schools’ Orchestra. Grace has also had several lead roles in St Andrew’s College productions, including a star turn as Velma Kelly in Chicago: High School Edition. “We are incredibly proud of Grace,” says Duncan.

Next year, Grace plans to go to Wellington and study Music Production at Victoria University. “Ideally I would like to pursue a career as a singer songwriter or produce music for other people.”

To watch the surprise announcement, as well as Grace's performance of her song Differently Now, see the YouTube video below.