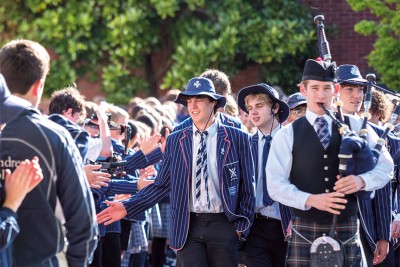 More than 200 Year 12 and Year 13 students who are finishing school this year were joined by whānau at the Leavers’ Assembly on Monday 31 October in the Centennial Chapel, where they enjoyed a special celebration, and were wished well for the next chapter of their lives.

A number of awards were presented to Year 13 students, with Sarah Anthony, Tom Edwards and Luke Zhu awarded the S J Todd Cupp for Academic Leaders, Grace Richan awarded the Millie Bremner Award for Leadership (Non-Prefect), Toby Harvie and Corin Simcock awarded the Kaitiakitanga Award for Leadership in Sustainable Practice, Zoe Elmey awarded the Shipton Family Cup for Developing Positive Relationships, and Jack Stokes awarded the Wright Family Cup for the Biggest Mover (student with the greatest increase in grade point average across two years in the Senior College). Josie Gunning was the winner of the Good Sort Award. 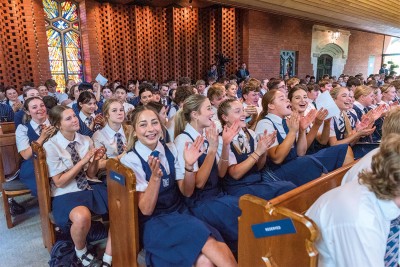 Deputy Heads, Charlotte Roche and Thomas Kamo provided an entertaining round up of the year group memories, and there were some slick musical items from the Year 13 Music class, along with a cohort performance of the Year Group Song, I Lived by One Republic, led by Cindy Xiong and Alexander Wilson.

After the assembly, students and their guests enjoyed morning tea outside the Senior College, which was a fitting end to a wonderful occasion.

A heart-warming and emotional 2022 Leavers' Assembly marked the end of an era for our students' whose time at the College comes to an end.