Lachlan McBride (Year 11) was selected for the New Zealand U15 AFL team which competed in a Trans-Tasman series against Australia.

Mac Stodart (Year 13) was selected for the New Zealand U17 basketball team which competed at the Oceania Championships in Noumea, New Caledonia.

Ryan Stewart (Year 10) represented New Zealand in the Australia U15/17 Nationals in Sydney.

Timothy Thomas (Y11) was selected for the U18 New Zealand ice hockey team to compete at the World Championships in Bulgaria next year.

Olly Hood (Year 12) and Maggie Hood (Year 9) were selected for the New Zealand Men’s and Women’s trapshooting teams to attend the 2019 Oceania Championships in Sydney. 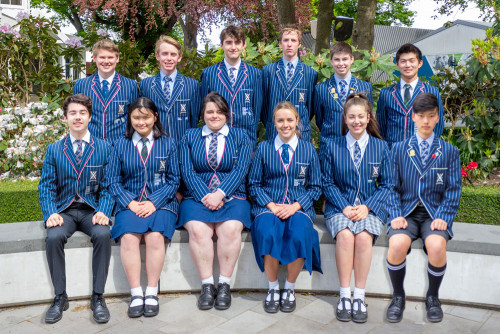 Iona Taylor (Year 13) was selected as a member of the New Zealand Opera Chorus.

Congratulations to the St Andrew's students who have excelled in their chosen sport or cultural activity in 2019, and have been selected into a New Zealand representative team.