From the first edition of Regulus for 2021.

It may be 104 years since St Andrew’s College was set up to educate the sons of the Presbyterian and Scottish community of Canterbury, but time has done little to dim the College’s Caledonian spirit, pride in its heritage, and strong links to the traditions of the past. 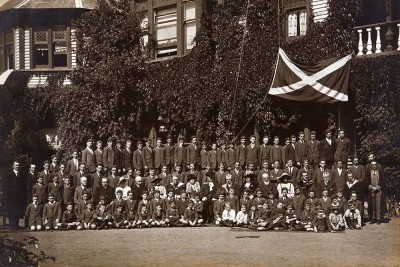 “We take great pride in our long history and the fact that the essential values and vision founded in the Scottish Presbyterian traditions of the Christian faith, which anchored the College’s creation in the early 20th century, are still alive and flourishing today,” says Rector Christine Leighton.

The thrilling skirl of the bagpipes, the boom of the bass drum, and seeing the College flag, with its ancient blue and white saltire cross being hoisted up the flagpole, continue to be universal experiences for every St Andrew’s student. The twirl of Highland dancers and distinctive Ferguson tartan are also regularly on display, both intrinsically woven into the fabric of College life. “The Scottish thistle is perhaps the most recognised emblem of St Andrew’s and signals the College’s distinct character. Our students love to wear and represent the thistle, and upholding its reputation is at the heart of school spirit,” says Christine.

New members to the St Andrew’s family often get their first real taste of the College’s Scottish traditions at the annual Founders’ Day Assembly and Highland Games, which honour the founders of the College. The moving assembly, which includes the spirited Address to the Haggis and robust singing of the traditional College Song, is followed by a spirited Highland Games, when there is fierce House competition in everything from chanting, Highland dancing, and singing, to wheat sheaf tossing, medicine ball throwing, and the ‘dead man’s run’. 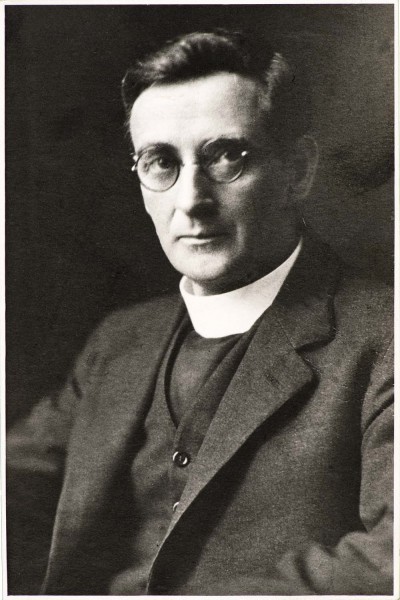 The most special of the early visionaries honoured each Founders’ Day is Rev. Alexander Thompson, who was minister of St Andrew’s Church, on Lincoln Road, when he had the idea to establish New Zealand’s second Presbyterian school in Christchurch (after Wellington’s Scots College). “Rev. Thompson was a scholar, visionary, indomitable fundraiser and a tireless worker, friend and good man, whose vision, commitment, and character were inspirational. He was committed to the College’s founding values of Truth, Excellence and Faith, and to establishing a school which taught not only reading, writing and arithmetic, but which worked with parents and guardians to develop a sound character amongst the children,” says Christine.

Due largely to Rev. Thompson’s determination, St Andrew’s Presbyterian Boys’ College was opened on 6 February 1917 at the Manse next to St Andrew’s Church. The two-storey brick house had ample room for classrooms and dormitories for the original 19 students, offering ‘Education for Christian Manhood and Citizenship’. However the roll swelled much quicker than expected, a new location was secured and St Andrew’s College reopened its doors in the gracious Strowan homestead a year later, in February 1918.

The College’s first Headmaster, Sydney Dickinson, served in the role for three years, and was pivotal in cementing many aspects of Scottish heritage, including founding the College Pipe Band in 1919, and overseeing the release of the College’s first magazine, Thistledown.

The St Andrew’s College Pipe Band has been a visible link to the College’s Scottish traditions throughout its history, regularly winning regional, national, and even international competitions, and playing at everything from College events, chapel services and ceremonies, to Ceilidh gatherings and in later years, the stunning StAC Attack concerts, under the guidance of Pipe Band Director, Richard Hawke (OC 1980), and his wife Julie Hawke, who runs the Julie Hawke School of Highland Dancing at St Andrew’s. “The commitment, discipline, musicality, and talent of those who learn the pipes and drums at St Andrew’s is universally admired,” says Christine.

Over many decades, St Andrew’s College has maintained strong links with a number of Scottish schools, relationships that were cemented in 2002, when the first Dunblane Scholar, James Marriner (OC 2003), visited Scotland. Since 2006, a girl and boy from Year 12 have each won scholarships to travel to Scotland, first as Strowan Scottish Scholars, and for the last three years, as Robert Burns Scottish Scholars, supported by Old Collegian, Rob Bruce-Barron (OC 1953). “Honouring Burns, the famed Scottish bard, is a key aspect of this wonderful scholarship, alongside independent visits by the students to several Scottish schools. Unfortunately, COVID-19 has disrupted this scholarship over the last two years, however, we are delighted that we have been able to arrange an alternative New Zealand tour for our present scholars, Year 13 students, Isabella Galvan and Oscar Bloom. In September, they will visit some of our fellow Presbyterian schools, John McGlashan College and Columba College, (Dunedin), Lindisfarne College and Iona College ( Hawke’s Bay), and Kristin School in Auckland,” says Christine.

Burns’ famous poem Address to the Haggis is regularly performed at special College events, usually with great relish by Old Collegians. Hilarity often ensues mid-poem, when the top of the thistle stuck into the haggis is swiped off by a sword. At last year’s Highland Games, Catelin Riordan (now Year 13) did an outstanding job when she became the first female in College history to perform the poem.

Magnificent centenary celebrations in 2017 marked an important milestone in the history of St Andrew’s College, with much of its Scottish heritage on full display. The Pipe Band Centenary in 2019 was another special event.

In 2022, St Andrew’s will celebrate another memorable milestone – 30 years since the first female students walked through its gates, and the College became co-educational. “Over the last three decades, St Andrew’s College has undergone a significant transformation from a conservative, single-sex school, to a truly 21st-century co-educational school. Alongside providing a world-class education for both boys and girls, we continue to live the traditional values of Truth, Faith and Excellence established more than a century ago, alongside the more recently introduced values of Creativity and Inclusivity. The special spirit of the College founders and the unique history and traditions of St Andrew’s College continue to be celebrated and remain just as important today as they have ever been.”

It may be 104 years since St Andrew’s College was set up to educate the sons of the Presbyterian and Scottish community of Canterbury, but time has done little to dim the College’s Caledonian spirit, pride in its heritage, and strong links to the traditions of the past.