It was the first ever win for St Andrew’s College in the competition, and was a fitting end for exceptional pianist, Samuel Jeon, as he prepares to leave school at the end of the year. Incredibly, he has made it to finals weekend of the competition five years in a row, on two different instruments – violin and piano. To top this off, Samuel, along with his talented sister Christine Jeon, was also a member of Babarians, another trio to make the top six in the national final of New Zealand’s most celebrated and longest running chamber music competition.

Both groups progressed through the Christchurch District, Canterbury District and Regional finals to quality for the national finals. 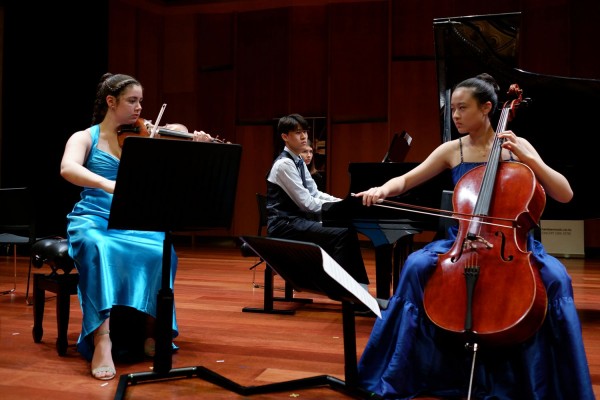 Vich Perfect overcame huge odds to win the competition, as just before their finale performance, Christine’s cello tumbled from its case, with the impact snapping its neck. She was able to borrow a cello from a guest performer and had just 20 minutes to practice on the completely new instrument. Despite the setback, the performers said they “left everything on stage”, with their outstanding finale seeing them reach first place.

Violinist Grace told Radio New Zealand it was an “insane” piece of music. "I came off stage and almost fell over, because it's just so intense."

Samuel told Radio New Zealand the trio was speechless when the winners were announced. "We were just absolutely shocked. We really did this for fun and for our school. We had high ambitions of course, but never thought this day would come.”

Samuel is grateful for the support of the St Andrew’s community for his music during his years at the College. “St Andrew’s has truly been the most supportive community for our music and has given me the freedom to strive to be the best I can be.”

The trio were also honoured at the College's Cultural Assembly, being presented with the prestigious Rector’s Medal – the first students to receive this significant recognition of achievement. 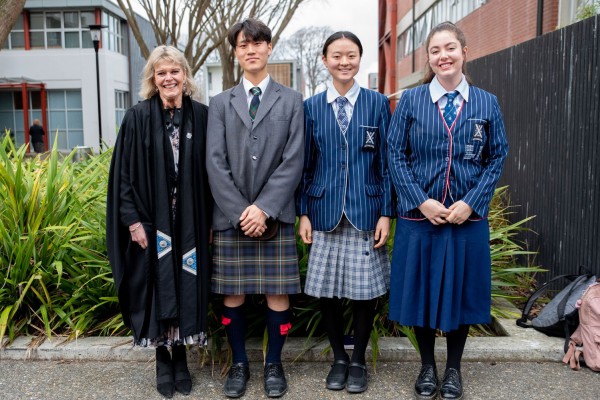 Shostakovich’s Piano Trio No 2 is a highly emotive and moving piece written in 1944, a haunting universal lament emerging amid the horrific suffering of the Siege of Leningrad, the desolation of the Eastern Front, the iron fisted and artistic censorship of Stalin and the first terrifying glimpses of the death camps of Treblinka and Majdanek. It was performed once in November 1944 and then due to censorship could not be played again for many years. This is an incredibly powerful and moving piece which would be rarely attempted by musicians so young. Samuel, Grace and Christine played with emotional understanding of the music demonstrating passion and feeling which must be exhausting.

View the official recording of Vich Perfect's winning performance below.

Each term, a special Performance Project Evening is being held in the Preparatory School, to give Year 7–8 students the opportunity to share…