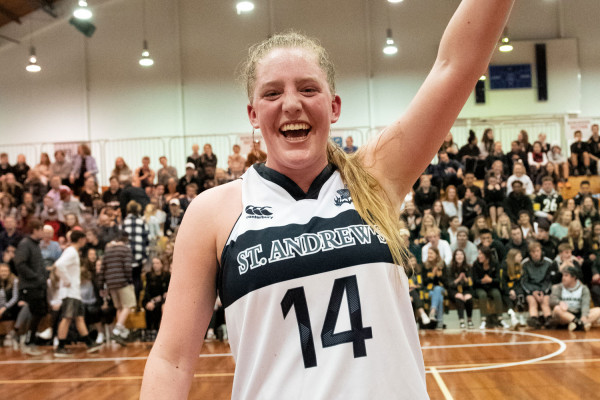 Top basket player, Charlotte Whittaker came to St Andrew’s College on a scholarship in 2017 to pursue greater opportunities in both academic and sporting areas. Her family was passionate about basketball, and fully immersed in the sport in North Canterbury. Charlotte quickly adapted to life at St Andrew’s, and soon was able to identify and exercise her strengths of humility and persistence in order to achieve both in the classroom and on the court. She was a leading player in the Girls’ A basketball team who won both regional and South Island titles, as well as achieving considerable individual success, including being named one of 20 female athletes invited to attend an elite training camp with Kiwi NBA legend, Steven Adams. During her final year at St Andrew’s, Charlotte’s father tragically and suddenly passed away, which took an immense toll on her and her family. Using embedded support strategies, staff and peer mentors were able to assist Charlotte and her family through her final year, enabling Charlotte to graduate with Excellence, and assist her in helping her team secure the title of South Island Champions. Charlotte showed great courage and resilience during this period of adversity, completing 2018 having secured a full basketball scholarship at the University of Colorado – one of the USA’s top universities, and being named in 2019 as one of the youngest players in the national women’s basketball team, the Tall Ferns, in her first year out of school.