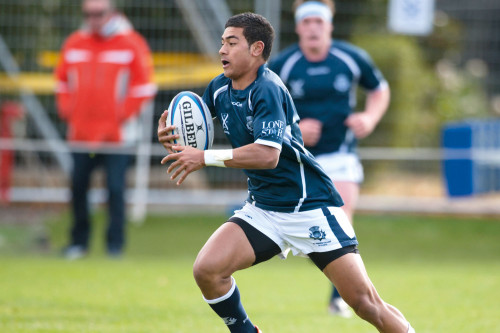 As an All Black, and a pivotal member of the Super Rugby Championship winning Crusaders, wearing the coveted number 10 jersey, Richie Mo’unga is one of New Zealand’s highest profile sports stars. Richie was offered a scholarship to attend St Andrew’s College in 2009, when he joined the U15 team. Over the next three years he played First XV rugby, captaining the side in his final year (2012). Straight out of school, Richie was selected to cover injuries for the Canterbury ITM Cup side and was first named in the Crusaders Training Squad in 2015. He made his official debut for the All Blacks in June 2018 against France. Richie says he is “truly grateful” to St Andrew’s College, which gave him a lot of opportunities and a platform to launch off to achieve some of his wildest dreams. “The people are what makes St Andrew’s special. I admit that I was frightened and there were tears on my first day at the College, but the people there helped me, nurtured me, made sure I went down the right path and had every chance to succeed. They could see talent inside me even when I didn’t have much faith in myself. I owe a lot to St Andrew’s College, as without the support and the opportunities they gave me, I wouldn’t be where I am today.”