Why StAC< Latest News< Long term partnership with So They Can

Long term partnership with So They Can 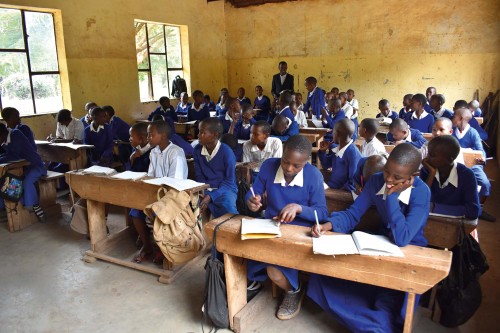 Disadvantaged students, teachers, and families in poverty stricken regions in Africa will benefit for years to come from an exciting new partnership between St Andrew’s College, and not for profit organisation, So They Can.

After working informally with the charity and its Kiwi founder, Cassandra Treadwell, since the start of the year, the College’s Board has signed off on a Memorandum of Understanding which will see a percentage of all funds raised at St Andrew’s being directed towards So They Can. This generous financial support will go largely to Mwikantsi School in Tanzania, the new partner school of St Andrew’s College, and may also benefit other schools in the region.

The partnership with So They Can is an exciting new chapter in St Andrew’s long proud history of philanthropy, says Rector Christine Leighton. “We are incredibly proud to become part of the So They Can community. Our students are already developing meaningful connections with students at Mwikantsi School, and seeing the tangible difference their support can make. Our Year 13 Community Service team will be working with the Preparatory School to build knowledge and understanding between our young students. The motto ‘Empowering them through education. Enriching us through understanding,’ neatly captures the benefits for students on both sides of the partnership.” 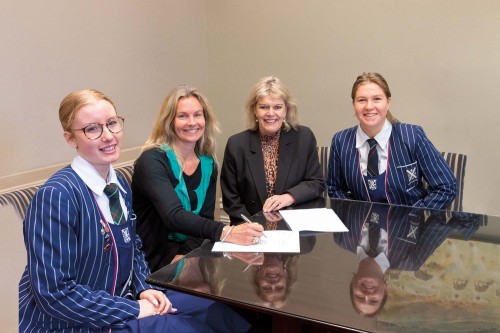 So They Can founder, Cassandra Treadwell, and Rector Christine Leighton, with Heads of Community Service, Abby Jones and Isabella Logie (both Year 13).

Since the start of the year, St Andrew’s College has already raised considerable funds for Mwikantsi School, which have gone towards building a toilet block, providing education resources, and building a meeting room for teachers.

Developing a sustained personal relationship between the two schools is another focus of the partnership, with regular communication and activities planned.

Cassandra Treadwell founded So They Can 12 years ago, after witnessing the impacts of poverty first hand in poor communities in Africa. “I visited people living in tents in a displaced persons’ camp in Kenya and asked what I could do to help. They did not ask for money nor food, asking instead for support to educate their children, as this is the key to breaking the cycle of poverty and enables people to make good choices.”

This quickly became the mission of So They Can – to empower children living in poverty-stricken communities in Kenya and Tanzania by providing them with quality education. The charity is achieving this through programmes focused on improved learning conditions, teacher training and development, child well-being, women’s empowerment, and community engagement and health. So They Can’s impressive list of projects includes building schools, and even a teacher training college in Tanzania, now ranked number one out of all the teachers’ colleges in Tanzania. 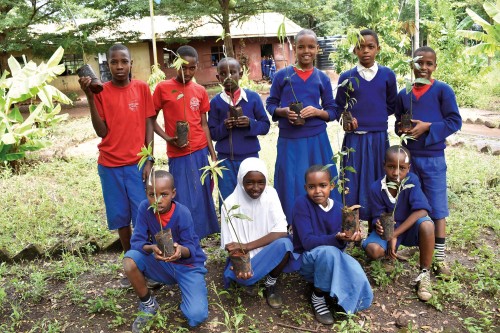 Former All Black, Conrad Smith, and singer, Kimbra, have been ambassadors of So They Can for a number of years. Kimbra is writing and performing a specially written song for the girls So They Can works with who suffer female genital cutting and child marriage, with all funds raised from its sales going to support them in school.

Cassandra says she is ‘overwhelmed’ by the new partnership with St Andrew’s College, which will provide ongoing and sustainable support for So They Can. “The relationship with St Andrew’s gives us the confidence to be able to plan three years ahead for what we want to achieve instead of just year by year. It will change the lives and the future of our Mwikantsi students and future generations to come. I’m excited and extremely grateful for the partnership.”

An exciting new partnership between St Andrew’s College, and not for profit organisation, So They Can.