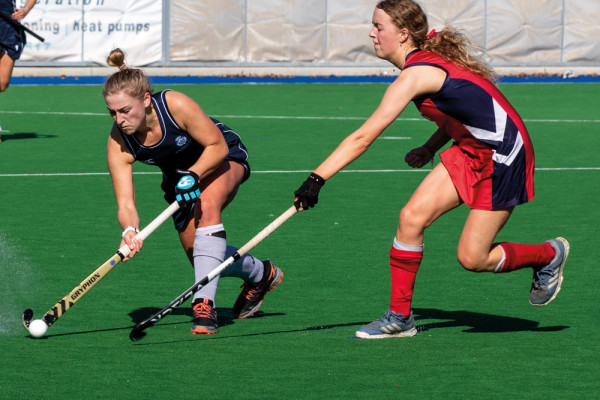 With COVID-19 hanging over the winter sport season, there was a lot of uncertainty about how each sporting code might have a meaningful season. Thanks to a lot of hard work done behind the scenes by schools, regional sporting organisations, and Secondary Sport Canterbury, a workable solution was able to be found, which gave individuals and teams the opportunity to compete. Doing away with the representative side of the sports programme, and extending the club/school season, was a common solution for many sports.

Winter Tournament Week also had a different look in 2020, with most sports cancelling their national tournaments and only netball, hockey and ice hockey opting for regional alternatives.

There were some excellent results, with the standouts being the Senior A and Year 9A netball teams winning their regional tournaments, and the ice hockey team placing third in the South Island.

The Senior A team went into the Christchurch Regional Tournament with good momentum. They played Middleton Grange School in their first pool game and won 41–28. In their second game, the team came up against a spirited Villa Maria College side. The girls played with intensity and won the match 41–36. On day two, their first match was against Rangi Ruru Girls’ School. The girls maintained their positive momentum from the previous day and won the match 39–20. In the final pool match, St Andrew’s came up against Christchurch Girls’ High School. It was a hard-fought contest which St Andrew’s won 30–23. This put the team in the final against St Margaret’s College, whom they had not played before at this stage of the season. The team brought their ‘A’ game to the final and, with focused determination and a clinical performance, St Andrew’s won the match 34–23 to be crowned Canterbury regional champions for 2020.

The ice hockey team travelled to Dunedin to compete at the South Island Secondary Schools’ Tournament. On day one, they played well against two tough teams. Although they lost both games, they were real nail-biters. On day two, St Andrew’s started the day with a 4–8 loss in a rough game against the Dunstan Devils, which involved two broken sticks and multiple penalties. In the afternoon, the team had an emphatic 16–0 win against Burnside High School. On the final day, St Andrew’s needed to beat a strong King’s High School team to playoff for third place in the afternoon. Showing real determination, the team fought hard to win 6–1, which put them into a rematch with the Dunstan Devils in the playoff. The St Andrew’s team played strongly to take the match 6–1, placing them third in the South Island, which was a great effort.

The Girls’ 1st XI hockey had an excellent tournament, playing against the strongest sides from around the South Island. They eventually finished in fourth place, following the playoff for third and fourth. The girls were keen to start their campaign well against Craighead Diocesan School. Right from the start, St Andrew’s had the better run of play and scored early. They kept up the pressure to win 5–1. On day two, the team had two matches. The first was against Lincoln High School, who put up a sterling effort, however, St Andrew’s held firm and took their chances, winning the match 2–1. With the team’s confidence growing, they played Columba College, and right from the start the girls threw the ball around and drove down the flanks, winning the match 2–0. The next match against Christchurch Girls’ High School was effectively a semi-final. Christchurch Girls’ High School started well, scoring two quick goals, but St Andrew’s clawed their way back into the game scoring the next two goals to tie the match going into the last quarter. The girls fought valiantly right to the end but lost 2–3. Their final game was a playoff against Rangi Ruru Girls’ School, for third and fourth place. Rangi Ruru Girls’ School started well and were 4–0 up at half time. The St Andrew’s girls never gave up and to their credit played right up until the last whistle blew. Rangi Ruru Girls’ School won 5–0, which placed St Andrew’s fourth in the tournament. This was an excellent result overall against some strong South Island teams.

The Boys’ 1st XI hockey also played in the South Island Premiership Tournament, run by New Zealand Hockey. On day one, they played two matches, the first against Southland Boys’ High School which they lost narrowly 2–3 and the second against Burnside High School, which they won convincingly 7–1. On day two, they played Christ’s College. The match was even, with both teams having scoring opportunities, but Christ’s College was able to put the ball into the back of the net, beating St Andrew’s 3–1. On day three, St Andrew’s played Otago Boys’ High School and, in a similar fashion to the Christ’s College match, the boys had their opportunities but could not convert, losing in the last minute 2–3. They then met tournament favourite, King’s High School, the current Rankin Cup champions. King’s High School dominated most of the game and won 5–1. This left St Andrew’s playing off for ninth and tenth place in the tournament against Nelson Boys’ College. St Andrew’s started well and worked hard throughout the game, winning 4–0 to finish the tournament on a high and claim ninth place overall.