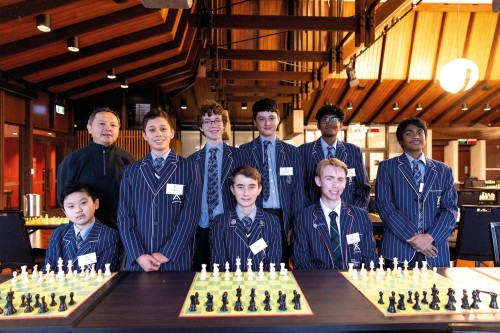 Biology
Sarah Anthony, Corin Simcock, Cindy Xiong and Luke Zhu (all Year 12) were awarded a Bronze Award in the 2021/22 New Zealand International Biology Olympiad. The students now have the opportunity to compete in another examination for selection for a 10-day NZBIO camp in 2022, from which a team of five are selected to represent New Zealand at an NZBIO International competition.

Chess
At the Canterbury Interschools Chess Championships, the St Andrew’s College A team of Gavith Dharmasena (Year 11), Kian Dharmasena, Owen Menzies (both Year 10) and Samuel Foote (Year 13) played outstanding chess to take top honours, pipping Christ’s College by one point in the final round. The St Andrew’s College B team of Bryan Cooper (Year 10), Aki Hansen, Cayden Wang and James Anthony (all Year 9) won the B Division, which was particularly encouraging given three members of this team are in Year 9. Chess is a growing activity in the Preparatory School, with more than 30 students enrolled in the new Preparatory School Chess Club.

One of our Secondary School students had their work awarded in the Schools’ Pride Week ‘Out on the Shelves’ writing competition.

A poem by Year 3 student, Alfred Lash, was selected to be published in the UK publication Poems to Solve the
Climate Crisis.

Portia Bennie (Year 11) and Matthew Butler (Year 12) both had haiku selected for publication in the New Zealand
Poetry Society Anthology.

Hannah Burnett (Year 10) won a Best Poem Award in the National Poetry Day 2021 ‘Noho Mai Given Words’ competition for her poem, dusk is near and no one’s ready. 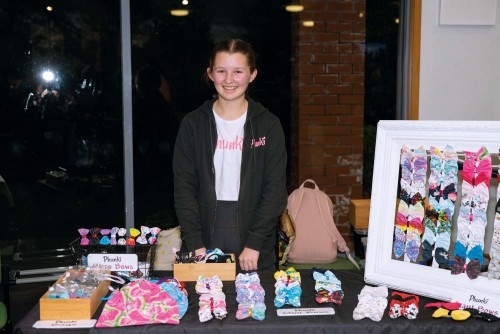 Young Enterprise
At the regional finals of the Young Enterprise competition, Rocky Treats, run by Alice Lane and Madeleine May (both Year 13), which makes rocky road, especially focusing on customers with dietary requirements, finished second overall. Phunki, a sole proprietorship run by Sophie Goode (Year 13), who makes hair scrunchies for children and bandanas and bow ties for dogs won the Regional Award for Customer Service and was awarded second place nationally for the financial section of her Annual Review.