Alumni & Our Community< The Foundation

The St Andrew’s College Foundation was established in 1991 to oversee the management and prudent investment of the generous gifts and donations which flow from individuals, families and businesses connected to the College. The Foundation continues to successfully fulfil this role to protect and underwrite the objectives of an independent St Andrew’s College and the educational objectives for current and future generations.

Through years of donor contributions to the St Andrew’s College Foundation and through careful investment of those funds, the Foundation is now an important part of the financial security of our College, with an investment performance of Foundation Assets well ahead of all relevant market benchmarks. Our investment assets are broadly diversified and regularly scrutinised.

Gifts made to the Foundation are combined and invested for the long term. Trustees, appointed by the College’s Board of Governors, have unrestricted powers to invest and operate in accordance with relevant legislation and prudent investment strategy. They may purchase assets for use by the College and/or lend money to the College at commercial or favourable interest rates.

Our outstanding group of Trustees skills are drawn from a broad spectrum of industries and professions, as listed below in their individual biographies. The Trustees continue to work closely with the College Board to ensure that they fully understand the dynamic needs of a thriving school.

Rodger is a graduate of the University of Otago. He is a Chartered Fellow of the Institute of Directors and a Fellow of Chartered Accountants ANZ. He is Chair of the Advisory Panel of the Provincial Growth Fund, a Governor of Radio NZ, Deputy Chair of Rural Equities Limited, Chairman of Mundane Asset Management and a director or trustee of several other New Zealand entities. He and wife Emily live near Christchurch and have a daughter boarding at St Andrew’s College. 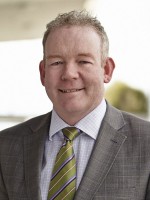 Richard attended the College from 1980-84 and was Deputy Head Prefect, Drum Sergeant in the Pipe Band and Goalkeeper in the First XI Football team. After leaving Year 13, he was also a house tutor in the boarding house and tutored the Pipe Band. He graduated from the University of Canterbury with Law and Commerce degrees and then joined a national law firm, Duncan Cotterill, as a commercial lawyer. He was appointed as a Partner there in 1997 and is currently Chairman of the firm’s Board and Partnership. As well as the Foundation, Richard holds a number of other charitable trustee roles, including the Lamar Charitable Trust and the Halberg Endowment Fund (both supporting people with disabilities) and, locally, the Canterbury Charity Hospital Trust. 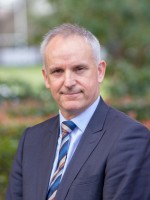 Matthew attended the College from 1980 to 1984. Now living in Auckland, he had an 11-year career in law followed by a 15-year career in the corporate trust industry, in which his last role was as co-founder and Managing Director of Foundation Corporate Trust, New Zealand’s only stand alone, full service supervisory business. 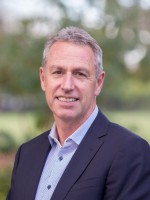