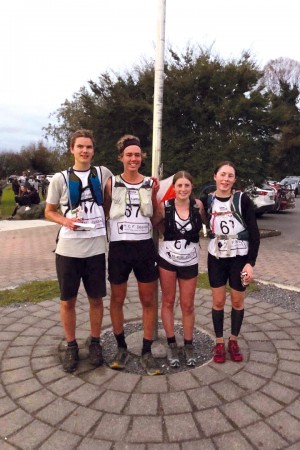 The Junior team of Matt Hirschfeld, Ethan Griffin, Isabella Cody (all Year 10) and Abigail Scott-Douglas (Year 9) competed in the Intermediate 6-hour event. They completed two mountain bike stages and two rogaines, finishing with the orienteering course with a total time of 8 hrs, 4 mins. The team finished third in the Mixed team category and ninth overall from 20 teams.

Yirui (Elly) Li (Year 12) was part of the Canterbury team competing in the prestigious Wisden and Slazenger Badminton Cup. She played exceptionally well, winning all but one of her singles games, which she lost to the current women’s single title holder from the Oceania Junior Championships. 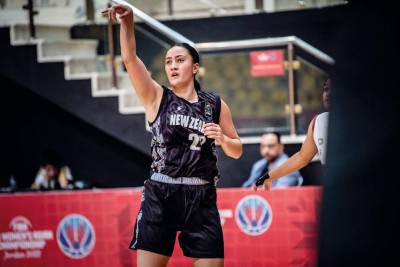 Karereatua Williams (Year 13) played for the New Zealand U17 team at the FIBA World Cup Asia Qualifying in Jordan. As a starter for all four games, Karereatua contributed across the board, with a third-place finish in pool play securing the team a spot in the FIBA World Championships in Hungary.

Madeline-Rose Morrow (Year 13), along with Old Collegians, Te Rina Cooper (OC 2021) and Lose Faingaanuku (OC 2021), were selected for the Canterbury Women’s team, (coached by Years 7–11 Skills Coach, Nicole Gleason) which finished second at the AON U10 National Tournament. Karereatua Williams (Year 13) and Lauren Whittaker (Year 12) were also selected but were unable to participate due to injuries.

Madeline-Rose Morrow (Year 13) was the only South Island player named in the New Zealand U18 Women's National Team which will attend the FIBA Asia Championships in India in early September. 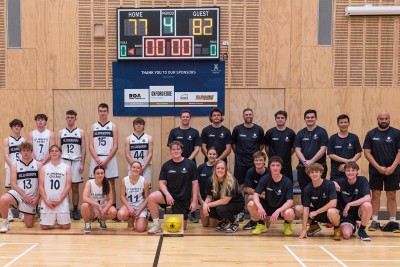 The Old Collegians were victorious over the graduating senior players in a close basketball battle.

Alumni Basketball Game
Our graduating senior players put forth a great effort in the second annual Alumni Basketball Game against Old Collegians. The Year 13 students built an early lead that they maintained for most of the first three quarters. With a late rally led by Flynn McGuinness (OC 2020) and eventual game MVP Sam Jenkins (OC 2020), the ‘golden’ ball remained in the hands of the Old Collegians for another year.

Charlie Bisphan (Year 9) was selected for the Canterbury 13 and Under indoor cricket team, which played at the national tournament in Wellington during the July school holidays.

Alys Scott (Year 13) participated in the CrossFit Games quarter-final over the term break against 156 other competitors and placed 17th in the world. She went on to compete in an intense and exciting three days of CrossFit Games Teen semi-finals, where she placed in the top 10 fittest teens in the world, securing her place to represent New Zealand at the CrossFit Games in Madison, Wisconsin, USA in early August.

ISSA Cross Country
A group of 47 Preparatory School students competed at the ISSA Zone Cross Country at Roto Kohatu Reserve. There were a few steep hills and the students coped extremely well on the challenging course. Those who placed in the top six and qualified for the CPSSA event were:

CPSSA Cross Country
Six Preparatory School students competed in this event and did well against large fields. Those to place in the top 20 were: 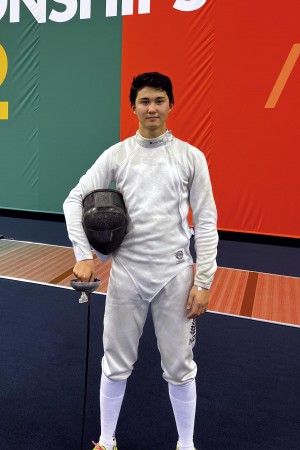 Ryan Stewart (Year 13) represented New Zealand in fencing at the World Junior and Cadet Championships in Dubai in April 2022, where he was thrilled to get the opportunity to fence against the world’s number one fencer from Egypt. The New Zealand fencing team had a superb win against Austria, placing the team in the top 32 on the Junior world stage. Ryan also won gold in the Men’s Junior Epee at the National Fencing Easter Carnival in Auckland. He competed in the Australian Junior Fencing Competition in May, and has been selected to compete in the Commonwealth Fencing Championships 2022 in London in August.

Megan Simpson (Year 11) was invited for a third time to be a part of the New Zealand U17 Football Camp in Auckland over the July holidays. The U17 Women’s World Cup is in India in October 2022.

Zachary Hoshek (Year 8) was selected for the Canterbury Junior Flag football team, with triallists up to Year 10.

Both the Boys’ Junior futsal team and Girls’ Senior A futsal team were unbeaten during their season in Term 2.

Jessie Mercer (Y10) qualified for the 2022 National Māori Golf Tournament (Men and Women) which will be held in January 2023.

The following students were selected as Canterbury representatives to play at the national tournaments in July:

Rhys Marshall (Year 13) and Jackson Hodgkinson (Year 11) were invited to play in the Central Otago U18 team in the nationals in Palmerston North.

Quentin Lovatt (Year 12) was selected as goalie for the Canterbury U18 representative ice hockey team. 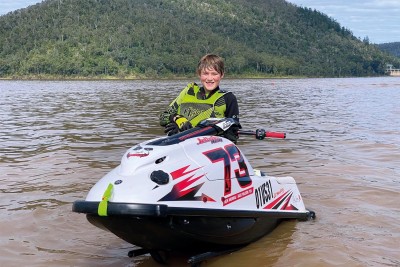 Jonte Butterfield (Year 11) and Jake Wilson (Year 9) competed at the Australian Jet Ski Championships, held in Queensland, where Jonte placed first overall, and Jake finished second. This was an outstanding achievement in a large field from around Australasia.

Samuel Hall (Year 9) is the current Canterbury and South Island champion for his age group. He competed at the Wellington Open Judo Championship and achieved the following results, competing against people up to three years older than him: 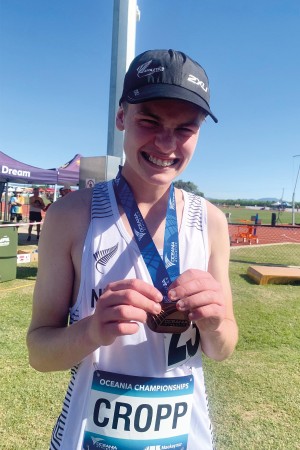 Jonah Cropp (Year 12) competed in the Oceania Track and Field Championships held in Mackay, Queensland, Australia, as a member of the New Zealand athletics team. He had a successful trip, winning bronze in the U18 5000m race walk with a fast time of 22:00.07, knocking nearly 90 seconds off his previous personal best. It was a great experience for Jonah, which saw him racing alongside Olympians and Commonwealth Games representatives.

Kalisa Zhang (Year 7) was first in Stage 4 at the Delta Invitational competition. She had excellent results at the South Island Rhythmic Gymnastics in the Stage 4 category, finishing first in Free, Ball, Hoop and Club, placing first overall in individual and group Ball and Club, and second in Free and Hoop. She was also second overall and first for Group.

The Canterbury Secondary Schools’ Road Race Championship was held at North Hagley Park on Tuesday in great conditions. All the grades ran 3km around a 1.5km loop, except for the senior boys who ran 4km. The competition was very high, and the St Andrew’s students performed well with nine top 10 finishes: 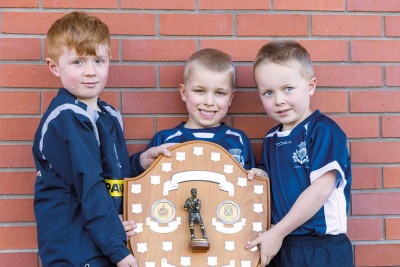 Rugby Club Day
St Andrew’s College Rugby Club Day was celebrated on Saturday 28 May with great attendance by players, families, friends, and supporters. The festive day included pipers, coffee vans, barbecues, and refreshments, with St Andrew’s teams playing at home across the entire day. The 1st XV players supported the up-and-coming younger players by presenting the Player of the Day awards. The day was capped off with a competitive clash between the 1st XV and St Bede’s 1st XV. St Andrew’s led for most of the duration of the match, however St Bede’s scored a try in extra time to take a last minute 22–19 win. 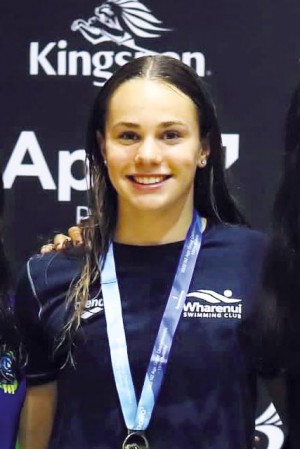 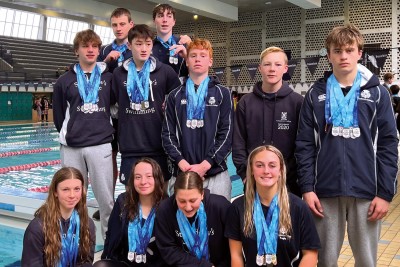 South Island Secondary Schools’ Swimming Championships
St Andrew’s College had a team of 11 swimmers in Dunedin for the South Island Secondary Schools’ Swimming Championships, against 150 swimmers from schools across the South Island. It was a very successful meet from the team, with a total of 35 medals won. The team was placed second overall in the competition from 43 schools. This is a well-deserved set of results from a disciplined and dedicated group of athletes. Individual results:

A group of 17 students took part in the Canterbury Secondary Schools’ Circuit, which involves eight shoots held at different clay target clubs around the area. 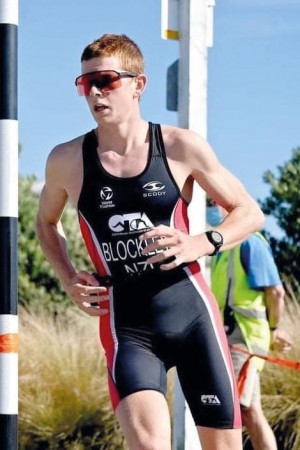 From the second Issue of Regulus in 2022.