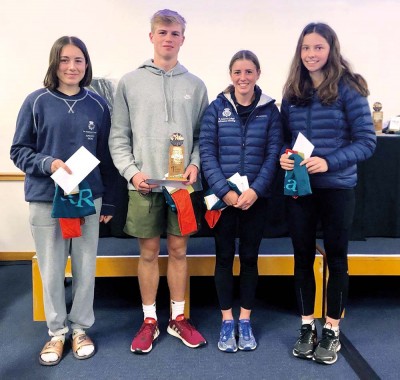 In the South Island Secondary Schools’ Adventure Racing Championships, which were part of the Kaikoura Adventure Race, the Girls’ team of Alice Egan, Tatiana Keogan (both Y13), Jenna Hirschfeld and Emily Davis (both Y12) won the Girls’ section. The Mixed team of Molly Spark, Benjamin Ferrier, Joseph Drury, and Oliver Affleck (all Y13) finished second in the Mixed section and third overall against all school teams. The Boys’ team of Joseph Connolly, Max Blockley, Connor Rocket (all Y11) and Tom Edwards (Y12) finished third in the Boys’ section.

In the Hillary Challenge 6-hour qualifying race for the national final in October, the Mixed Premier team of Benjamin Ferrier, Zachary Moore, Joseph Drury, Oliver Affleck, Molly Spark, Alice Egan (all Y13), Jenna Hirschfeld (Y12) and Payton Kimber-Reynolds (Y11) finished third with 1970 points out of a possible 1980, to secure a place in the final.

A group of 44 students competed at the South Island Secondary Schools’ Athletics Championships, achieving an outstanding ten first placings, four second, and eleven third placings. Tapenisa Havea (Y13) had an exceptional championship, setting new South Island records in the U19 Girls’ shot put and discus, beating the previous discus record by an incredible seven metres. She was also second in the U19 Girls’ 100 metres at the event and was awarded the Outstanding Female Athlete Award for 2021. 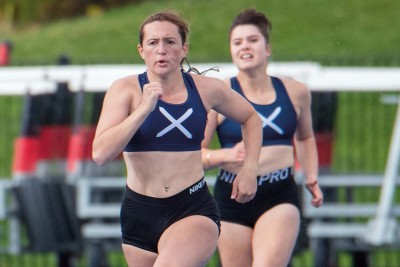 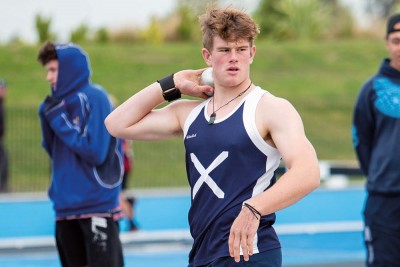 At the Badminton Canterbury Open, Yirui (Elly) Li (Y11) finished as the top women’s player for Canterbury and won the Mixed Doubles Open.

The following students were invited by Basketball New Zealand to the 2021 U16 and U17 Selection Camps, which were preparation for the Junior National teams.

The following students were selected for regional basketball representative teams:

House spirit was on display at the annual Secondary School House Basketball Competition. The final saw a tight first five minutes with MacGibbon holding a two-point lead over the Erwin team. However, the energy of the supporters and talent in the MacGibbon team allowed them to run away with the win 28–14.

In the Years 7–8 competition at the inaugural ISSA basketball tournament, the Preparatory School Girls’ A team dominated their competition, winning all three games to qualify for the CPSSA tournament in Term 3.

At the Canterbury Cricket Association Awards, Archie Reekie (Y13) won the Neil Cook Memorial Trophy for Wicketkeeper of the Year playing for the Country ‘A’ team.

A group of 16 students competed at the 2021 Canterbury Secondary Schools’ Cross Country Championships with a number of top 10 finishes. Neve Moulai (Y13) put in a stunning performance to finish second in the Senior Girls’ race. Top 10 placegetters were: 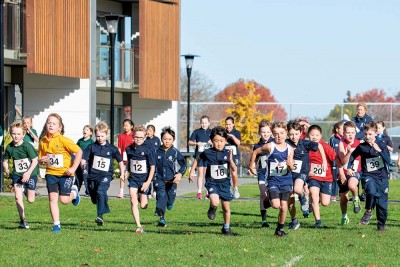 The Preparatory School Cross Country was run under perfect conditions onsite. The House spirit added to the occasion, with the top six students for Years 5–8 qualifying for the Independent Zone Cross Country.

A group of 47 Preparatory School students competed at the ISSA Zone Cross Country at Roto Kohatu Reserve, where several placed in the top six and qualified for the CPSSA event. At the CPSSA event, Sasha McIntyre put in an exceptional performance backing up her win at the ISSA event to win the Year 8 Girls’ event. Top six from the ISSA Cross Country:

Alys Scott (Y12) placed second in New Zealand, fifth in Oceania, and 40th in the world in the 16–17 Years 2021 Crossfit Open, competing against over 2000 girls from around the world. Alys will represent New Zealand in the Teen Individual Oceania Championship in Brisbane and has made it through to the next round in the Crossfit Open to compete for a place in the World Crossfit Games.

Gemma Lewis (Y11) and Georgia Lewis (Y8) represented New Zealand (U25) in the Inaugural Virtual Dressage Competition. Four riders each from seven countries (New Zealand, Australia, UK, Hong Kong, South Africa, USA, and Canada) were chosen to ride in up to two of the five categories, and had to send in a video of their dressage test for a panel of international judges to mark. Georgia finished fifth, and Georgia seventh out of 28 riders in the Prix Caprilli test, and Gemma was second in the Pas de Deux pairs dressage test. Their New Zealand teams finished second in both disciplines. 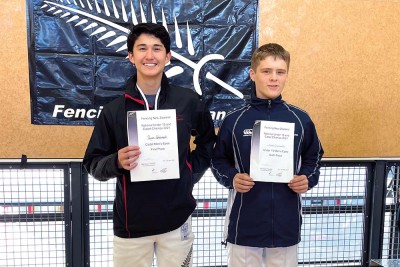 At the National Mounted Games Pairs and Teams in Hastings, Georgia Lewis (Y8) came second in the U12 Pairs and fifth in U17 Teams.

Noah Grossmith (Y10) and Ryan Stewart (Y12) competed in the National U17 and U15 Fencing competitions in Wellington, where Ryan won the U17 Men’s Epee National title, and Noah was sixth in the U15 Men’s Epee.

Milla Newbury (Y12) was second in the Ladies Solo Freestyle U18 Intermediate Novice grade at the New Zealand Ice Figure Skating Association Canterbury Club Championships. She will represent Canterbury at the National Championships in October. 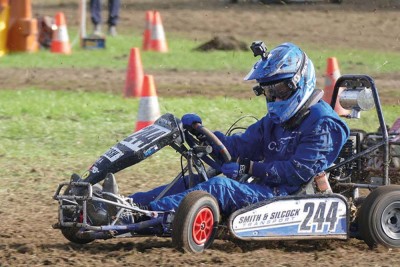 Kiara Bercelli (Y12) and Megan Simpson (Y10) attended a National U17 football training camp as a result of national trials held in March.

Quentin Lovatt (Y11) was selected for the Canterbury U18 ice hockey team. 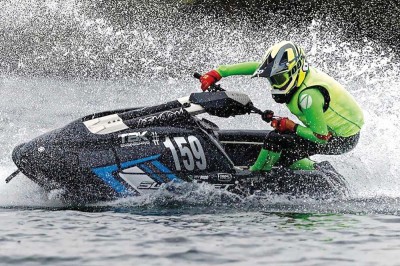 Harrison Bisphan (Y13) was named in the Canterbury 21 and Under team to compete at the nationals.

Jake Wilson (Y8) won the 10–12 years age group at the 2021 New Zealand Jet Sports Nationals. He was also the overall winner for all three Junior Development classes at the nationals – Novice, 10–12 years, and 13–15 years.

The St Andrew’s Jump Jam team came second in the Years 5–8 section of the Regional Jump Jam Competition. They were also awarded Merit in Presentation, and Excellence in Technical Execution.

In her first ever half marathon, Molly Spark (Y13) was the first woman over the finish line out of 446 female runners at the Saint Clair Vineyard Half Marathon. She was 18th overall out of a total of 678 runners. 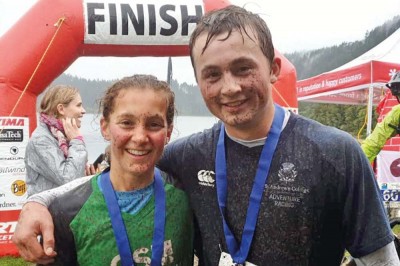 Molly Spark (Y13) was the first Junior (U18) to be allowed to enter and compete in the Mt Difficulty Ascent Run due to its difficult nature and steep terrain and finished as the seventh female overall.

A group of seven students competed in individual races at the New Zealand Secondary Schools’ Multisport Championships in Rotorua, completing a 4.5km kayak, 21km mountain bike ride, and 5.5km run. All did incredibly well to finish in the top ten:

Holly Munro, Otolose (Lose) Faingaanuku, Isabella Galvan (all Y13) and Karereatua Williams (Y12) played for the U18 Christchurch Red team against the U18 North Canterbury team in a curtain-raiser match for the Tactix.

After great results in their Saturday competition, the Senior A netball team won their way to the Premier Grade Competition.

In one week, Isabella Galvan (Y13) shot 100 per cent in two games – a top of the table clash against Lincoln University B in the Saturday competition, and a win over Christchurch Girls’ High School in the SuperNet competition the following Wednesday.

Clayton Shadbolt (Y13) finished second in the U18 Men’s competition at the National Orienteering Championships in Woodhill Forest, north of Auckland.

Kalisa Zhang (Y6) was second overall at the South Island Championships for rhythmic gymnastics, after finishing first in hoop, second in rope, and third in free and ball in Stage 3. 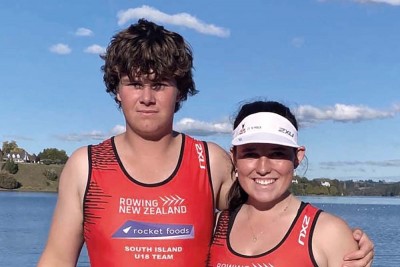 Georgia Thomson and Sam Long (both Y12) were selected for the South Island U18 rowing team which beat the North Island team at the two-day North versus South Regatta at Lake Karapiro. Sam was in the winning crews for the Boys’ U18 Pair and the Boys’ U18 8+, establishing himself as the fastest stroke side rower at the regatta. Georgia was second in the Girls’ U18 Single and was in the winning crew for the Girls’ U18 4X+. Senior Boys’ rowing coach, Tim Hopkins, coached the Men’s sweep team and his crews were unbeaten over the entire regatta.

At the Canterbury Rowing Association Awards, the St Andrew’s College Boys’ Eight crew was awarded the San Agata Cup for winning the Canterbury Schools Head of the River Regatta.

The 1st XV enjoyed the fantastic atmosphere of playing at Orangetheory Stadium against Nelson College in the curtain-raiser for the Super Rugby Aotearoa final.

Ashleigh Brett (Y13) was selected for the Canterbury Rugby FPC Development Squad for 2021.

Jacob Horrey (Y12), Hamish Bishop (Y13) and Bodie Oxenham (Y9) competed at the South Island Schools’ Squash Championships and did well against higher-ranked players to finish fifth in the tournament. 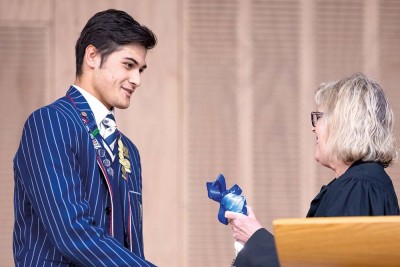 Taiko Torepe-Ormsby (Y13) has had an outstanding year in the pool. He won three golds, five silvers, and a bronze medal at the Aon New Zealand Swimming Championships, setting four Canterbury records in the heats and final. Taiko also received retrospective selection into the 2020 New Zealand Junior Pan Pacific Championship team, given to swimmers who were unable to compete due to COVID-19. He was named as the Emerging Swimmer of the Year by the New Zealand Swimming Alumni, due to him excelling within the qualifying period in Olympic Long Course or Short Course events; and was named the Outstanding Young Sportsman of the Year at the 2021 ORIX New Zealand Canterbury Sports Awards.

South Island Secondary Schools’ Swimming Championships A team of 11 swimmers competed at the South Island Secondary Schools’ Swimming Championships, winning an impressive 35 medals including relays (18 gold, 7 silver, 10 bronze). Many of the swimmers achieved significant personal bests. The team won the trophy for the Top School in the Boys’ Relay competition and were the second-highest points scoring school out of 43 schools. Gold medal winners were:

A group of 13 Preparatory School students competed at the CPSSA Swimming Championships, against more than 600 competitors. Those to achieve a top 10 placing were: 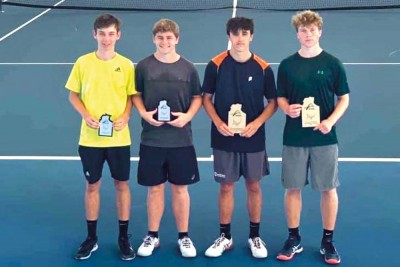 Finlay Emslie-Robson (Y12) competed in Darwin at two International Tennis Federation (ITF) tournaments, reaching the quarter-finals in the singles and placing second in the doubles at the first tournament, and reaching the semi-finals and winning the doubles in the second tournament. Finlay now has an ITF world ranking of 710 and still has another two years of playing U18, with his goal to make top 100.

Duncan McCall (Year 11) was selected to represent the New Zealand U15 Boys’ team at the Australian Teams Championships on the Gold Coast.

During a round of the Canterbury Area High Schools’ Competition, Jono Baynon (Y12) shot 20/20 targets in the Single Rise round, followed by a shoot-off with 13 others. Jono shot over 90 targets on the day, without missing, to win the Senior Single Rise round. His exceptional form was again on display during the Sports Exchange against Timaru Boys’ High School, where he achieved another perfect score of 90/90, making his running total of consecutive hits at that time over 150. Connor Higgs (Y11) also achieved 20/20 in the Single Rise at the Timaru exchange.