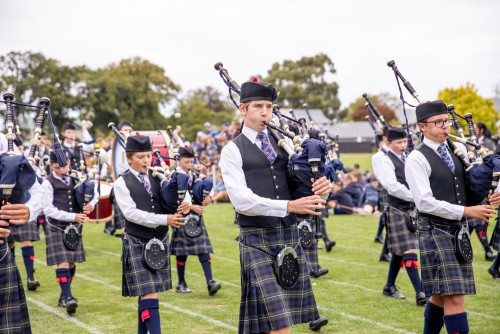 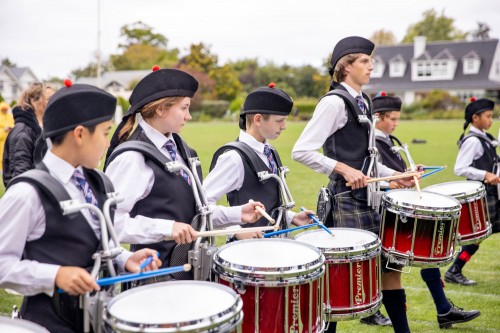 The St Andrew’s College Pipe Band is an autonomous department in itself and not structured as part of the College Music programme. The quality of our band is measured on its results and the delivery of its own goals. The St Andrew’s College Pipe Band takes pride in its competition results and has a proven track record of success both in New Zealand and on the world stage.

As a result, our tutoring staff are second to none with four full-time tutors – two each for piping and drumming. Richard Hawke who runs piping has won a gold medal for piping in Scotland – the pinnacle of solo piping.

Although the St Andrew’s College Pipe Band is primarily a competing band, it is an integral part of College culture and ceremony and honours the Scottish principles. As well at the College community, the band also belongs to the national and global pipe band community.

The Pipe Band Caters for All Students

At St Andrew’s College, the Pipe Band caters for every student regardless of their prior experience. As part of our in-house tuition programme, we take students from the learner level though to the very top. The speed of progression is dependent on each student and there is opportunity for involvement in the school band through to competition level on the world stage. Over 100 students are involved with the ‘A’ and ‘B’ bands. Many of our Old Collegians go on to join pipe bands around the world, which is testament to the quality of our tutors.

“The potential for progression is unlimited. Unlike many sports where there is a relatively short life span, piping and drumming doesn’t have that limitation. Without a doubt, a huge part of playing in the Pipe Band at St Andrew’s is having those lifelong friendships and enjoying shared camaraderie.”
Richard Hawke, Head of Piping

The College offers scholarships to talented pipers and drummers from other schools to assist with their transition to St Andrew’s. Up to three scholarships are awarded each year, providing up to a 50 per cent reduction in tuition fees for five years, for pipers or drummers. Application is by audition and interview.

"I love the strong Scottish traditions present at StAC. From Founders' Day Assembly to the constantly playing bagpipes, it makes me feel as though I am part of something special."
Student survey (2013)