Our heritage homestead is still standing tall, symbolising the hope we feel for our future and the strength we find in our past 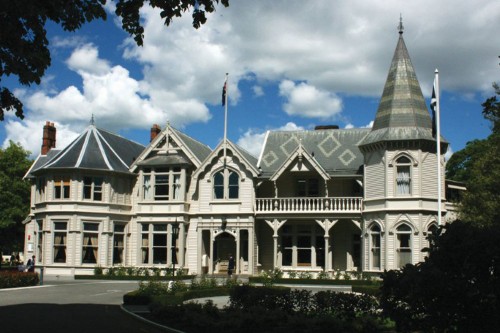 Strowan House is the core of our campus. It is our oldest and best-know building, symbolising the College for generations of students and their families.

The earthquake spelt the end for many of Christchurch's historic buildings, but we were able to save Strowan. Thanks to the expertise and love of many people, Strowan House will stand for another century at the core of a reinvigorated St Andrew's College.

The earliest parts of Strowan date back to 1856, when it was built as a private residence for lawyer, Thomas Duncan. It has been occupied by the College since 1918, just a year after our founding.

Despite all those decades of staff and students thundering through Strowan's halls, the building held up well to the first of the Canterbury earthquakes. However, February 2011 was a different story, and Strowan had to be evacuated for major ground-up repair and restoration.

Many people feared they would never set foot in Strowan again, but after an 18-month recovery programme, we were able to reclaim the College's heritage icon for future generations, and the success of our restoration was recognised by two major building awards.