Why StAC< History, Tradition and Values< Our Earthquake Story< The Memorial Chapel

St Andrew’s College has always promoted strong relationships with the community. Our Chapel is where we celebrate that lifelong association 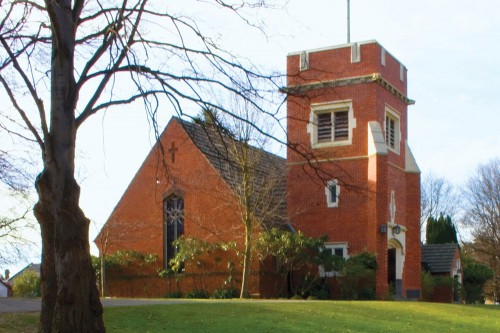 St Andrew's College is not just about school years. It is about being part of a community for life, and our Chapel is a place where we celebrate that lifelong association.

The Memorial Chapel was built in 1955 to honour the staff and Old Boys of the College who served in World War II. It was beautiful brick building, but brick is an earthquake-prone construction method.

Much thought went into assessing the damage suffered by the Chapel in 2011. Eventually, with a heavy heart, but an eye to a bright future, the Board announced that the Memorial Chapel would be taken down.

It would be replaced by a Centennial Chapel, part of the celebrations marking the College's first 100 years. The whole St Andrew's community, from Old Collegians to the youngest students and their families, were invited to contribute their visions for the new Chapel.  These ideas were part of the brief supplied to the three architectural firms who competed for the final design.

When the Memorial Chapel was decommissioned in October 2013, it was with a design agreed for a new Chapel that would encapsulate the shared values of the St Andrew's community. The Centennial Chapel would also literally incorporate our traditions, with elements of the former Chapel carefully saved for inclusion in the new building.

The past, the future, and our diverse community will all come together in this new spiritual heart for our College.